Zuma Office Gives Back – Local Company Donates Half Of Its Profits

A former corporate VP built a national office supply business out of Steiner Ranch, which gives half its profits away to 10 selected charities.  “Zuma opened in December 2009 with the mission to give back to others, and do business the right way,” said founder Greg Pierce, who spent over 25 years in the office supplies industry.
One example of giving back is that Zuma hosted a Capital Area Food Bank donation site at Vandegrift High School over the past two months. Last week, it donated four pallets of food weighing some 3,500 pounds and representing 4,375 meals.
“Last year, we raised over 450 meals during the event,” said Pierce, who after years of dealing with the big box chains started working with a vision of building a business that makes a difference.  Zuma was created, inspired by the principles of a “Conscious Capitalism” business model, to offer an alternative to today’s office supply stores,” Pierce said.
Conscious Capitalism focuses on the purpose beyond profit. Making money is essential, but it is not the most important reason a business exists, Pierce said.  “I feel it’s businesses’ responsibility to change society by giving back,” he said.

Zuma raised over 5,000 meals this year alone for the Capital Area Food Bank.

Creating Zuma
In 2008, Pierce worked for office supply giant Acco Brands in Chicago, IL. He had been in the industry for 25 years and as a senior vice-president in marketing, he saw the future of the business moving quickly to the internet.
Pierce found a web designer, who soon quit after doing a first prototype. Not to be deterred, Pierce wrote a business plan in August 2008, secured financing and left his well-paying corporate job just months before the financial meltdown hit the markets.
“The banks failed to deliver their promised financing to us and they all pulled back,” Pierce said. However several factors converged, the first being his wife Carrie wanted to move back to Texas. “She was done with the Chicago winters.”
But it was tough to sell their house. “It was a big house but it had be devalued over $200,000 quickly and banks stopped making loans to buyers,” he said, noting they pulled all the strings including pulling out college saving 529 plan funds.  Meanwhile corporate job opportunities came to Pierce, and one was a high-level general manager job at a national firm. He interviewed for it but didn’t get it. “Ultimately it was a good thing,” he said.
Fast forward, the Pierce family ended up moving to Steiner in 2010.  “We moved here specifically to Steiner Ranch and particularly for our son Jackson to attend Vandegrift High School,” Pierce said.
Pierce got another web designer and ZumaOffice.com went live in January 2010. “But competitors had caught up between 2008 and 2010,” Pierce said. He used high-level contacts from his corporate career as a starting point. Still the company’s first month attracted only $1,500 in sales.  “We made a decision to reboot the website,” he said. Zuma improved their search engine optimization or SEO, their web design and marketing, doing much of the work themselves as money was tight.
One of Zuma’s competitive advantages is competing well against big box office stores.  “Our prices are better, 10 to 40 percent better than big box stores,” Pierce said. Customer service is better at Zuma with independent rating web sites giving Zuma a score of 4.93 out of 5, he added. Zuma offers next day delivery and delivery nationwide.  The company’s sweet spot is small business, home-office businesses, churches and non-profit businesses.
Zuma’s graphics and web design are handled in Austin while pricing analysis, public relations, and marketing are handled elsewhere. “We are the poster child for building virtual teams in a virtual online company,” Pierce said.

Giving Back to Charity
All along the business model has not changed: Zuma gives back half to charity.
Even when Zuma was not profitable, the company committed to giving a minimum of $500 to each of the 10 charities each year. “Actually we gave much more,” Pierce said. By the third year the company was profitable. Since 2010 Zuma has given over $25,000 to charities. 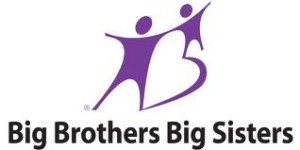 Big Brothers Big Sisters is one of the popular charities that Zuma supports that really makes a difference.