Austin Gives recently held the first annual GeneroCity Awards Ceremony (pronounced “Generosity”) at the downtown Hilton to recognize those Austin based businesses that went the extra mile with their philanthropic efforts last year.  Hosted by Austin Mayor Lee Leffingwell and the popular CBS news anchor Judy Maggio, the awards were designed to give special recognition to those businesses who truly make a difference.

Zuma Office Supply was thrilled to be named a finalist in the Charitable Champions GenroCity Awards, as one of four businesses determined by a distinguished panel of judges worthy of special recognition.  Click Austin Gives GeneroCity Awards to see more details on the awards. 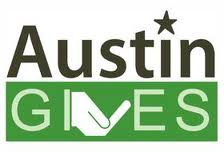 Zuma was recently recognized by Austin Gives at the GeneroCity Awards.

“We truly believe it is the responsibility of business to drive positive social change in our
communities,” said Greg Pierce, President of Zuma.  “By giving back a portion of operating profits to worthwhile causes in need, businesses and charities can make a difference in people’s lives on top of what is provided by government agencies and programs, often with better results.”

Keynote speaker Roy Spence, the well known co-founder and CEO of GSD&M Idea City gave an inspirational speech detailing the merits of business taking a far more active role and more responsibility when it comes to helping others in our society.  One of the leaders of the organization Conscious Capitalism, Spence stressed the fact the giving back is just as good for business as it is for the community.   We all know in the end it is better to give than to receive.

While Zuma Office Supply did not win the final award, it was truly an honor to be a finalist in such esteemed company.  The winner of the Charitable Champions award was Give Realty, a realty firm in Austin who gives back an amazing 25% of their commissions to charity.  Since 2008, they have donated over $227,000 to worthy causes.

Austin Gives is a fantastic organization that recognizes and celebrates business philanthropy. Their inspirational goal is for Austin to become the most philanthropic city, from business giving, in the world.  To learn more or to join, click Austin Gives.

Zuma Office Supply is a relatively new office supplies store whose mission is to “do good work” by giving back over half their annual profits to great charities.  To learn more about Zuma and how they do good work see Zuma Charities.